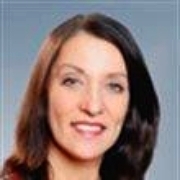 Sandra Mayerson has extensive experience in both debtor and creditor matters, and has represented creditors’ and bondholders’ committees, debtors in Chapter 11, banks and other secured creditors, unsecured creditors, investors in distressed situations and claims traders. Sandra’s background spans both bankruptcy and securities law and is informed by years of experience in private practice as well as involvement with public policy formation. She is often cited in legal opinions for her work in the area of fraudulent conveyances. Sandy served as examiner in Interco’s Chapter 11 bankruptcy matters about which she wrote a landmark report on fraudulent conveyance law. She also did groundbreaking work in the field of customer claims in securities-firm insolvencies as part of a New York-based financial services company’s Chapter 11.

She is recognized as a Top Rated Lawyer in the “Women Lawyers in the Law” section of the January 2013 issue of The American Law magazine. In 2001 Sandy was honored by The National Law Journal as one of the Top 50 Women Litigators in the United States and hailed by Working Woman magazine as one of the five Best in Bankruptcy in the country. Sandy is rated AV-Preemient by Martindale-Hubbell and has been selected for every issue of New York Super Lawyers since its inception. Her work with US clients in Latin America was noted in the 2010-2012 editions of LatinLawyer 250. She has been recognized in The Best Lawyers in America since 2012 as well as in Chambers and Who's Who.

Sandy has completed the mediation training course offered by the Southern District of New York and has served as an arbitrator.

She has written and lectured internationally on bankruptcy topics, particularly on fraudulent conveyance law, trading claims, cross-border insolvencies and prepackaged bankruptcy plans. Sandy is the author of “The Zone of Insolvency: A Trap for the Unwary,” published in Bankruptcy and Creditors’ Rights Newsletter in 2008 and Mealey’s Emerging Insurance Disputes in December 2007, “Current Developments in Prepackaged Bankruptcy Plans,” published in Practising Law Inst., 21st Annual Current Developments in Bankruptcy and Reorganization (Vol. 1, 1999) and several articles published in The National Law Journal. Additionally she has been a bankruptcy columnist for The National Law Journal and a guest commentator on bankruptcy issues for CNN, NBC and FOX News.

In 2008 Sandy was a panelist and moderator at the National Conference of Bankruptcy Judges for a program entitled “You Are Entering the Zone…the Delaware Zone” and reprised the same panel at the ABA Autumn Business Section Meeting. She was a panelist and moderator at the ABA Spring Business Section Meeting in 2007 for the program “When Statutes Collide: BAPCA, Sarbanes Oxley and Reg FD”; keynote luncheon speaker at the program “Some Leaders are Born Women” at the Borough of Manhattan Community College in 2008, and spoke on executory contracts at the PLI “Understanding the Basics of Bankruptcy and Reorganization” program in 2007 and 2008. Sandy is frequently quoted in publications on bankruptcy and reorganization matters including, most recently, The New York Times.

Sandra Mayerson is a member of the New York Bar and is the principal of Law Offices of Sandra Mayerson, sandy@sandymayersonlaw.com.  Sandy received her B.A. from Yale University (one of the first fifty women admitted to Yale) and a J.D. from Northwestern University School of Law. 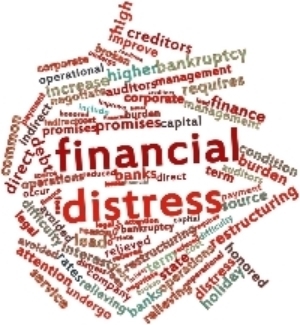 Sandy Mayerson has long been recognized as a leader in the corporate-bankruptcy bar.  She has been involved in many of the most complex bankruptcies filed in the past thirty years.  Sandy has appeared in many bankruptcy courts throughout the nation in high-profile cases including in New York, Delaware,  Califronia, Texas, and in other jurisdictions.  As a leading member of this type of practice nationally and internationally, Sandy is one of a handful of lawyers who can said to be repeat players in these complex matters, which generally serves to build on relationships with parties or their counsel developed in other matters and often, when consistent with the client's interests, enables her to take a leadership role among other the different statkeholders in navigating a case through its successful conclusion in federal bankrupcy court. 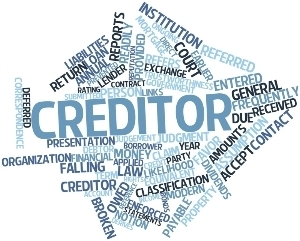 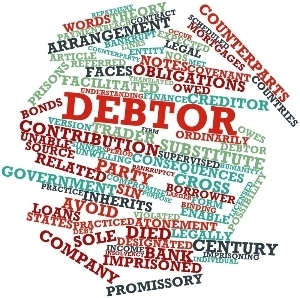 The law and commercial practice allows debtors to work with creditors in times of financial distress.  Sandy Mayerson has represented debtors working out new, commercial terms with their creditors and financiers.  The representation often will involve negotiation of new terms, but may also result in the filing for protection under the federal bankruptcy laws.  Mayerson has successfully worked toward plan confirmation and discharge of reorganized companies that renders them eligible for the "fresh start" that federal bankruptcy law provides. 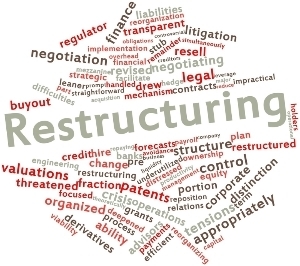 Restructuring of a corporation's debt can occur outside of bankrputcy against the backdrop of principles of equitable treatment and fraudualent-conveyance law.  Sandy Mayerson has a track record of success in representing distressed debtors and concerned creditors in fashioning accords that unifies their interest in the turnaround of a business.  Having the perspective of having represented all the differerent constituencies in bankruptcies provides Sandy with the insight and personal skills to navigate a resolution that ultimately achieves reasonable outcomes for each of the stakeholders. 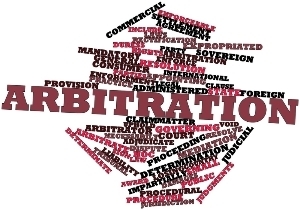 Alternative dispute resolution is emerging as a key tool in the resolution of complex corporate bankruptcies and restructurings.  Moreover, more and more sophisticated businesses are utilitizing alternative dispute resolution to address a wide variety of commercial disputes.  Sandy Mayerson has represented clients in arbitrations -- and has served as an arbitrator.  Accordingly, she is selected by clients as their advocate in complex arbitrations.  Her reputation for fairness makes her an effective arbitrator, either as as sole arbitrator or as a member of a panel.

Sandy Mayerson has represented clients in numerous mediation efforts, involving third-party mediators.  Successful mediation requires a different form of advocacy, and Sandy has a reputation as a problem solver that mediators appreciate and trust. 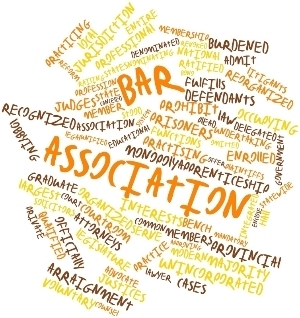 Sandy Mayerson has a rich history of service to the legal profession.  She has written and lectured on bankruptcy topics, particularly on fraudulent-conveyance law, trading claims, cross-border insolvencies, and prepackaged bankruptcy plans.  For example, in 2008 Sandy was a panelist and moderator at the National Conference of Bankruptcies Judges for a program on bankruptcy developments in Delaware, a recent hot-bed of activities for corporations incorporated in Delaware.  Sandy is the author of numerous articles in leading publications.  She spoke on Current Valuation and Forensic Issues in Bankruptcy for the AICPA's National Business Valuation Conference in November 2010.  In 2010 also, Sandy spoke at the Commerical Law Conference sponsored by the Supreme Court of Victoria (Australia) on Cross-Border Insolvency -- Lessons from Lehman Brothers; in 2012 she spoke at a commercial law conference on international bankruptcy issues and maritime issues in Singapore. She has spoken at other conferences on Hedge Funds and Private Equity in bankruptcies, in their capacity as creditors, as purchasers of adversary claims, and when they themselves seek bankruptcy protection.  She also has participated in panels for the American Bankruptcy Institute's continuing education programs.  She was formerly on the Board of Directors of the New York County Lawyers Association.  She has been active for many years in the Business Bankruptcy Committee of the American Bar Association, including serving in several leadership positions and speaking at ABA conferences.

Business media, including television such as CNN, Fox, and NBC, and print media, such as the New York Times, often interview Sandy Mayerson for insight on key corporate bankruptcies.  In 2009, for example, as part of the run up to the reorganization of Chrysler and the transaction with Fiat, she was interviewed  about the impact of a potential bankruptcy filing and the potential cut-off of federal government support.

A member of the first class of women to be admitted at Yale University, where she received the Branford College Award, Sandy has been recognized for her leadership and mentorship of women in the highest eschelons of legal practice; likewise, she has been recognized by the National Law Journal as one of the nation's Top 50 women litigators.  Working Woman magazine identfied Sandy as one of the "Five Best in Bankruptcy."  January 2013's American Law Magazine recognized Sandy as a top-rated lawyer.  She was selected in 1992 as a member of Crain's "40 Under 40" business leaders. 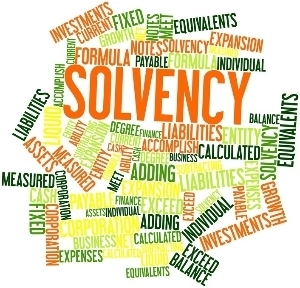 As a recognized expert on bankruptcy law and corporate restructuring, Sandy Mayerson has provided expert opinion testimony and analysis in legal proceedings.  Her reputation for neutrality and probity makes Sandy an excellent witness, and it led to her appointment as examiner in the Interco Inc. bankruptcy, which was a holding company for Converse Shoes, Ethan Allen Furniture, Florsheim Shoes, Londontown and others; Sandy's 556-page report is a landmark in the development of sophisticated analysis of fraudulent-conveyance law, especially in the context of corporate anti-takeover manouevering.

Counsel with offices outside of New York turn to Sandy Mayerson to join their teams in representing clients in litigation or arbitrations in New York or on the East Coast.  Sandy is a familiar face to federal and state court judges in New York, having first-chaired a number of trials.  Given her experience, Sandy adds value not only as providing local insight but also by having the ability to step in during fast-moving litigation and handle all aspects of argument and proceedings in state and federal court.

US-based companies with investments abroad can look to Sandy Mayerson for experienced counsel to protect their interests.  Sandy has substantial experience in Europe, Asia, and Latin America, including having a personal network of trusted co-counsel in most major commerical centers around the world.  She has been involved in a wide variety of transactions and financing arrangements, including cross-border REITS.

Multinational companies have retained Sandy to assist them with transnational bankruptcy and insolvency proceedings.  For non-US insolvencies, Sandy has been counsel in Chapter 15 proceedings in the US in aid of foreign bankruptcies.

In addition to counseling clients worldwide, such as clients in China and Latin America, Sandy has been a featured panelist at professional conferences in Italy, Singapore, and Australia. 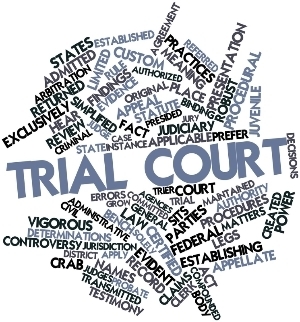 An experienced trial lawyer, Sandy Mayerson can first-chair representation in complex commercial matters in state or federal court.  Sandy has been lead counsel in adversary proceedings in connection with bankruptcy and in a wide variety of commerical litigation.  Her ability to cut to the heart of the dispute and formulate a strategy designed to achieve the client's ends are well appreciated by clients looking for cost-effective litigation and counseling.  Sandy's broad experience allows her to shape litigation with an eye toward key pressure points that can lead to favorable settlement; at the same time, her experience allows her to set up litigation to prevail at every stage of the proceeding: motion practice, trial, and appeal.  The quality of her advocacy, both written and oral, and her track record of success have lead to her recognition by The National Law Journal as one of the nation's "Top Fifty Women Litigators" as well as similar accolades in Best Lawyers in America and in New York SuperLawyers. 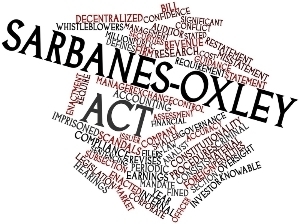 Sandy Mayerson provides key guidance to corporate boards of directors and to individual directors on matters of corporate governance, the business-judgment rule, and conflicts of interest.  Her experience and insight grows out of her own service as Deputy General Counsel and Assistant Secretary of AM International, Inc., and as an officer of the international division of the company.  This real-world experience complements Sandy's work as outside counsel in litigation and in providing advice especially in the context of business crises, such as supply or distribution chain disruptions or impairment of collateral.  Her experience enables her to guide boards of directors to safe harbors and to assist them in making defensible decisions when confronting a business's toughest challenges.

Great for large exposure in sidebars.

Great for moderate exposure in sidebars.